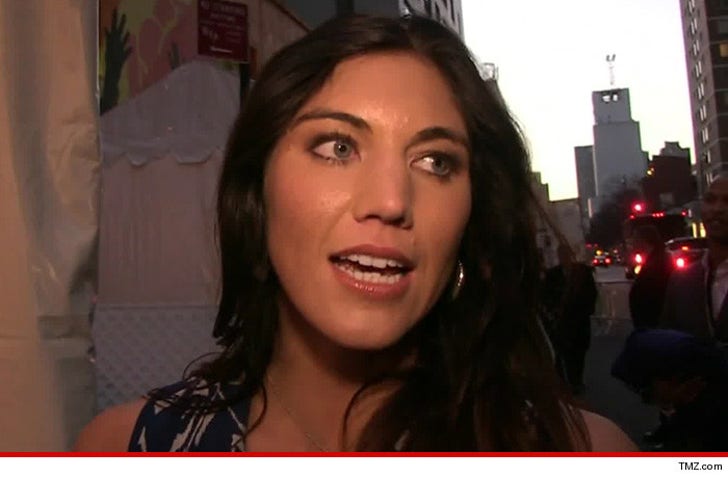 9:00 AM PT -- Cops say Solo appeared "intoxicated and upset" when police arrived to the house.

Officials also say the person who initially called 911 told the operator a female was "hitting people."

Solo is due in court on Monday.

Team USA soccer goalie Hope Solo was arrested in Seattle early Saturday morning after allegedly beating up her sister and her nephew ... this according to police.

Cops say when they arrived to Solo's home, there was a huge rager going on at the residence ... one cop told the Seattle Times it was an "out of control situation."

According to police, Solo allegedly got into an argument with her sister and nephew during the party -- and released the fury ... attacking them so badly, they each had "visible injuries" when cops arrived.

Solo was arrested on two counts of domestic violence assault and hauled to a nearby station where she was booked.

It's not Solo's first brush with domestic violence -- back in 2012 her then-BF (now husband) Jerramy Stevens was arrested for allegedly assaulting the soccer player. He was eventually released for insufficient evidence and never formally charged with a crime.