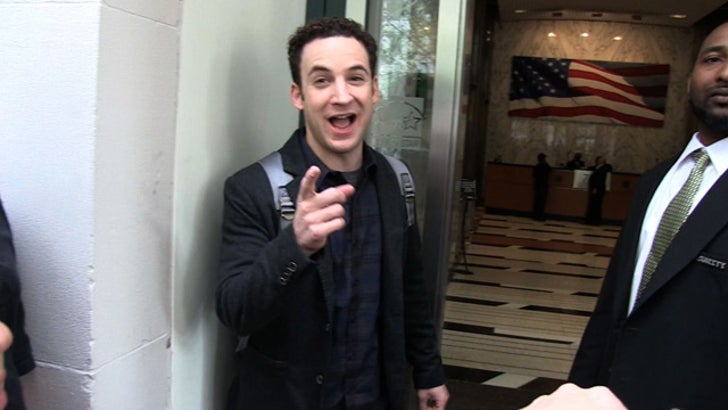 Savage was out in NYC yesterday promoting "Girl Meets World" -- when we asked about Danielle Fishel's confession that she left Dodgers Stadium before the 1st inning ... even though she was a part of the pre-game festivities.

Ben insisted he had no part of the early exit -- and insinuated he stayed the entire game.

In fact, Ben told us he thinks he helped with Clayton's juju that day ... saying, "I threw out the opening pitch, I think I'm great luck!"