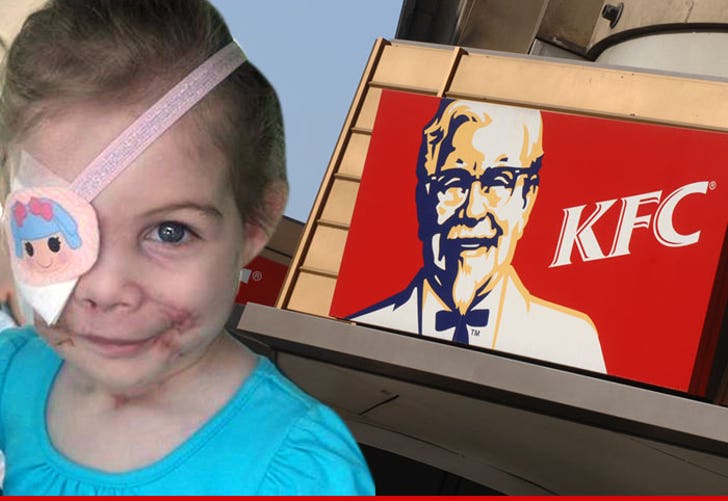 The people calling BS on a story about a little girl who was thrown out of a KFC because her face made customers lose their appetite are themselves full of BS ... so claims the aunt of the girl.

3-year-old Victoria Welcher was supposedly kicked out of a KFC in Jackson, Miss. last month after an employee felt her facial wounds from a pit bull attack were upsetting customers.

But Victoria's aunt, Teri Rials Bates, now claims it really happened and the franchise is in the midst of a KFC investigation.

The owner of the franchised KFC in Jackson says the story's fishy.

Pets You Might Want to Rethink Kids Nurse! Famous Food