Shia LaBeouf was begging to get punched in the face outside of a strip club in New York earlier this month ... and we got footage of the face-off.

Shia got into a weird altercation with a strip club patron a week before his arrest at Studio 54. The video is clear .. LaBeouf is taunting the guy ... trying to convince him to throw a punch.

The photog says it's unclear why they were beefing ... moments later LaBeouf peaced out.

As we previously reported, an L.A. restaurant banned the actor last month after he peed on its outside wall.

There's also this incident from earlier this year, and this one from 2011.

You see a pattern here? 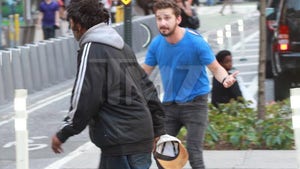 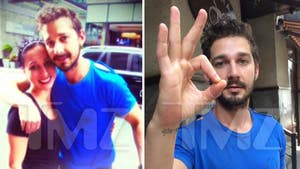 Shia LaBeouf -- Day Drinking Before Arrest, But No Weird Behavior

Shia LaBeouf You Might Want to Rethink Fights Exclusive