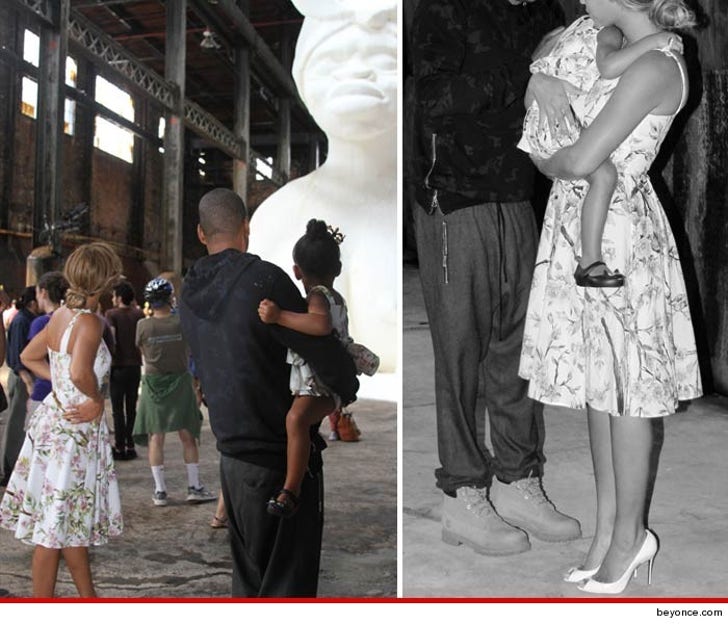 Beyonce's trying to have it both ways -- first hinting that Jay Z cheated on her ... and now quickly trying to deflect the self-inflicted rumor by posting cute and cuddly family photos.

The pics of Bey, Jay and Blue Ivy taking in some sort of art display popped up on her website yesterday -- a clear attempt to crush the buzz that there's trouble in paradise.

Beyonce set the Internet on fire earlier this week by changing the lyrics to her song "Resentment" during the Cincinnati stop of her tour (with Jay) ... making it sound like Jay had cheated on her.

It's the same tactic she pulled with pics of Solange and Jay after the elevator fight video.
No one bought it then ... we'll see about now. 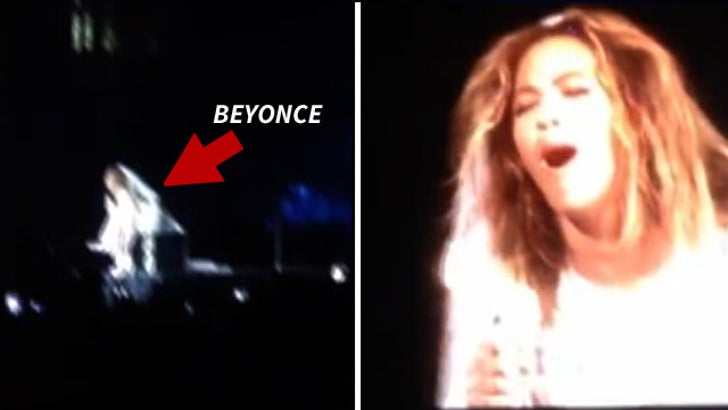 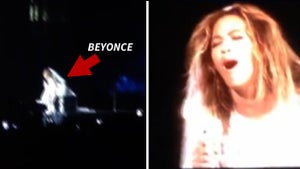 Beyonce -- Sounds Like She's Calling Jay Z Out for Cheating