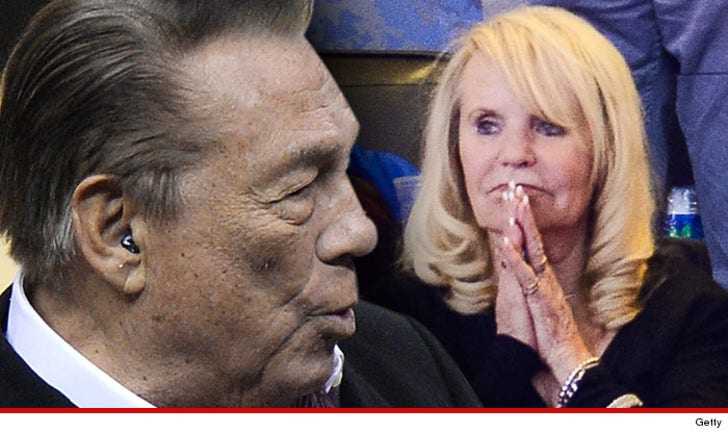 The always charming Donald Sterling called his wife a PIG in open court moments ago ... because, well, that's the kind of guy he is.

Shelly Sterling was stepping down from the stand ... where she testified that she still loves Donald and only called for a medical evaluation for him because she was afraid he suffered a recent stroke.

But as she got off the stand and made her way toward Donald, the curmudgeon lashed out ... saying, "Stay away from me you pig!"

The judge told Donald to calm down.

In what seemed like a response to Shelly's testimony about Donald possibly having a stroke -- Donald also told his estranged wife, "How can you say that?!"