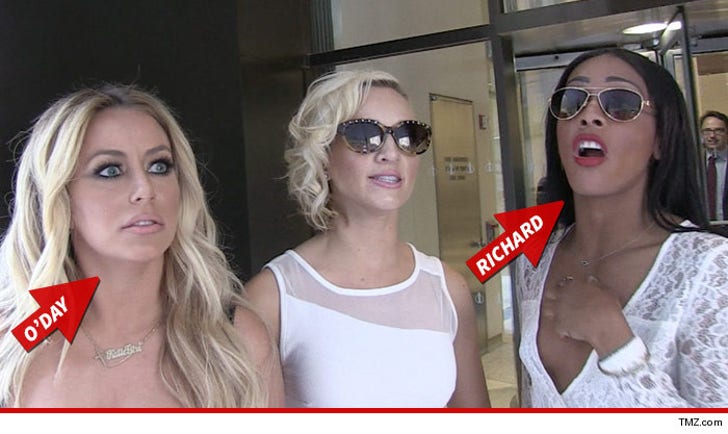 We're told bandmates Dawn Richard and Aubrey O'Day got physical during a disagreement at an L.A. studio on Monday, resulting in Dawn slugging Aubrey in the head with a closed fist.

DK's third member, Shannon Bex, was also there and tried unsuccessfully to break up the fight.

This isn't the first time DK's had issues ... the original five members disbanded in 2009, with four of them reuniting last year. Aundrea Fimbres quickly dropped out, leaving the remaining three.