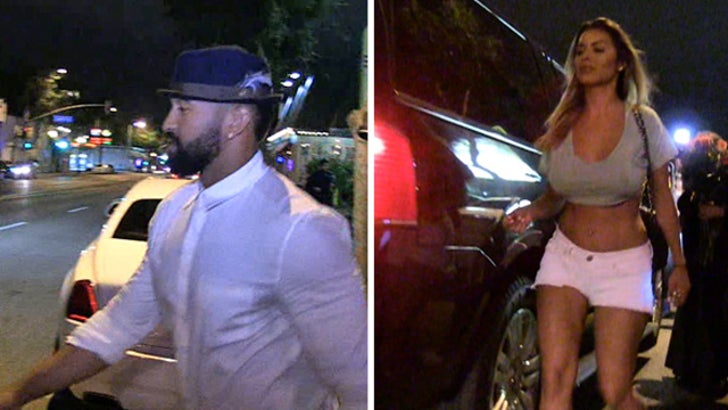 L.A. Dodgers star Matt Kemp took advantage of his day off yesterday and hit the Hollywood club scene -- only to drive off with two hot ladies ... one of which was an absolute smokeshow.

TMZ Sports has the footage showing the Dodgers outfielder bee-lining to a waiting SUV outside of DBA nightclub ... followed by a modestly dressed woman who got into the passenger seat ... and another woman dressed in some Daisy Dukes and a tiny top who got into the back.

Kemp and the Dodgers are set to take on the Padres in a few hours -- hopefully he's got some energy left.