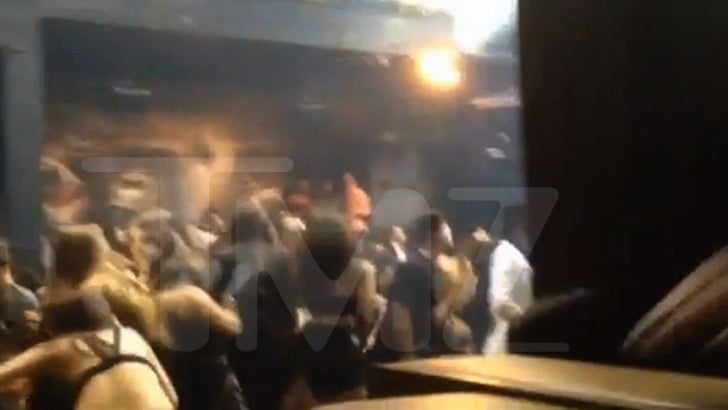 This video puts you right in the middle of SHOTS FIRED at the VMA pre-party early Sunday morning.

There is clearly a lot of commotion before the shots ring out. We're told a fight had broken out and it's clear from the video people were going at it.

It sounds like there are 4 quick shots ... and then a 5th. But we're told by Suge Knight's family he was shot 6 times. So the number of shots is unclear.

BTW ... you can't see it in the video, but eyewitnesses tell us during the shooting Chris stood there with arms outstretched, trying to look invincible.

Three people were wounded. Law enforcement sources tell us ... they're focusing on gang rivalry as a possible motive for the shooting.