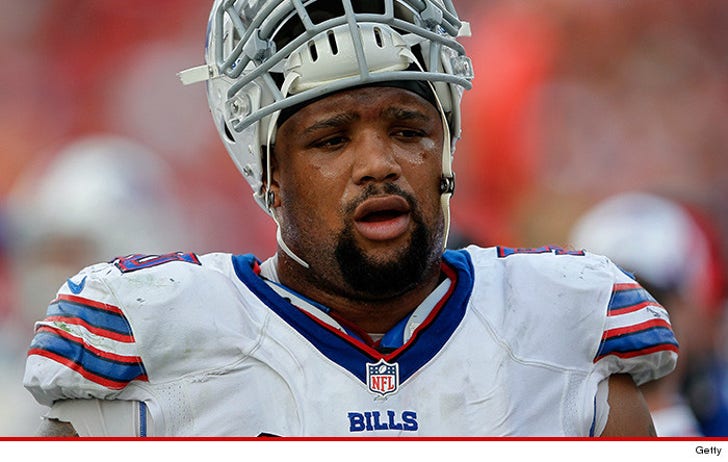 Buffalo Bills defensive lineman Alan Branch was locked up for DUI this weekend -- after cops say he was so drunk, he was PUKING out of the driver's side door of his car.

Branch -- who's entering his 6th year in the NFL -- was popped in upstate New York around 2am Saturday morning.

He's since been released from custody, but didn't play in the Bills pre-season game yesterday -- probably still sobering up.