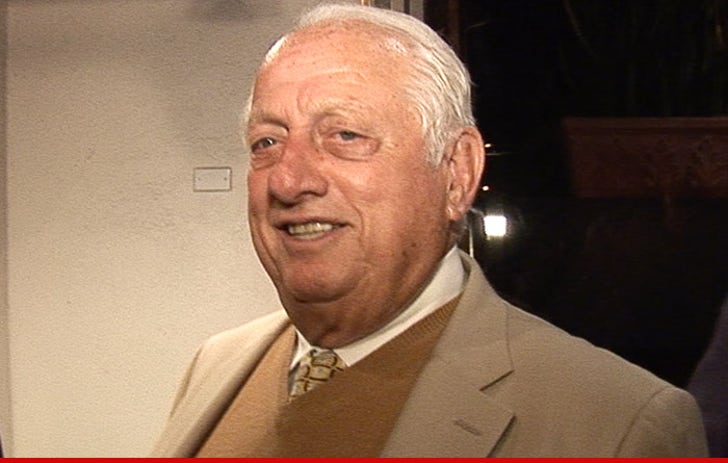 He wrecked the guy in traffic ... and now Tommy Lasorda just wrecked his accuser in court -- after the victim in a fender bender demanded $10k from the Dodgers legend ... TMZ Sports has learned.

Tommy had already admitted fault in a rear-ender that went down in Orange County, CA back in 2012 -- but the victim claims he suffered serious injuries and demanded $10k to pay for medical bills.

Bu Tommy called BS -- and after a hearing in small claims court ... the judge didn't only side with Lasorda ... he RIPPED the accuser, claiming the guy LIED in an effort to score a payday.

In fact, the judge said ... the plaintiff's claim he was rear-ended at 30mph was "so wildly implausible given the physical evidence (photos of the two involved vehicles showing essentially no damage) that it served to completely undermine plaintiff's credibility."

Translation -- victory for Lasorda ... who had to pay exactly ZERO dollars to his accuser.