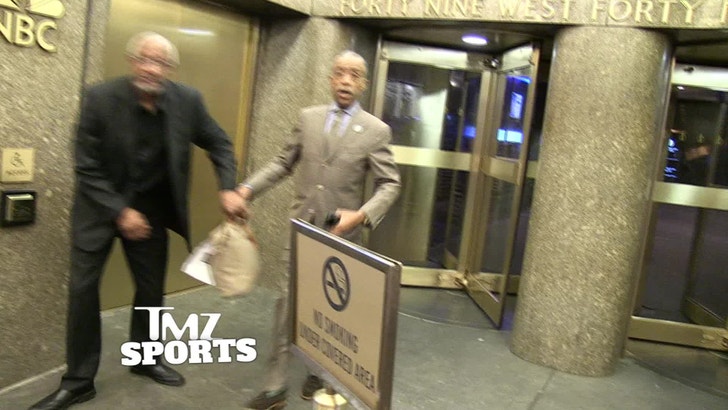 Al Sharpton tells TMZ Sports ... he's been a part of discussions with NBA Commish Adam Silver on how to handle the situation with racist Atlanta Hawks owner Bruce Levenson.

Sharpton -- who previously sat down with Adam Silver in the middle of the Donald Sterling crisis -- tells us, "In the discussions we've been having with the Commissioner, they said they were gonna vet everyone out [before allowing a sale of the team]."

The Rev says, "We challenge the NBA Commissioner Silver and others to not just go from one billionaire to another without opening up the diversity of ownership in the NBA."

"We only have one team. Michael Jordan owned by a black [Charlotte Bobcats] ... yet look at the percentage of players that are black."

Of course, Levenson just announced he would be selling the Hawks over a super racist email he wrote in 2012 -- complaining about too many black people at his games.