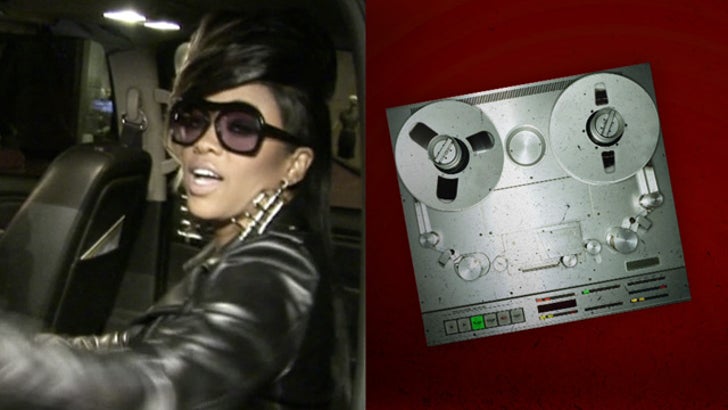 Rapper Trina is on the attack ... BLASTING her ex French Montana and Khloe Kardashian for screwing behind her back -- and TMZ obtained a snippet of her new anger filled track about the affair.

Trina never mentions either French or Khloe by name in the new song called "F*** Love" feat. Tory Lanez ... but sources close to the rapper tell us their tryst last year was definitely the track's inspiration.

Trina doesn't pull punches ... insinuating French tried to play her for a fool -- and referring to Khloe with the line, "You can keep that bitch!"

As we previously reported ... Trina and French were living together in New Jersey when Khloe came on the scene. Sources close to the couple said Trina was devastated by the break-up.

So, what does Trina think now that Khloe and French are done? We reached out to her about the break-up and the track ... no word back yet.