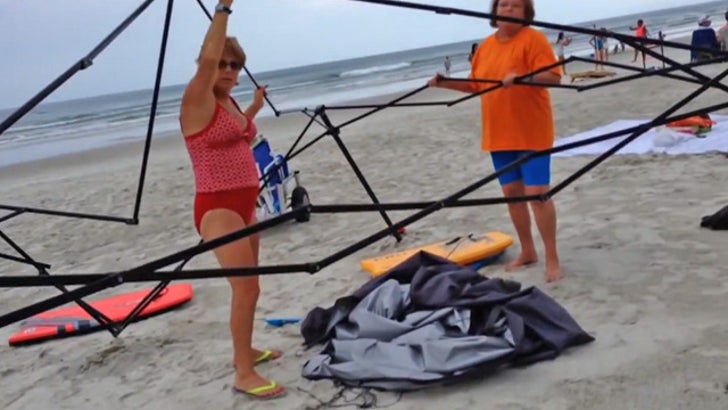 Two women caught in a viral video allegedly trying to steal beach equipment are now suing ... lamenting they've been dragged through the muddy sand by the media.

Something Went Wrong
The women claim in a new lawsuit ... Fox News painted them as thieves. One anchor called it an "attempted theft." Some of the other comments ... "caught stealing" and "caught red handed."

The sisters insist they thought the canopy was theirs ... there were lots that looked just like it on July 4th on Smyrna Beach in Florida. They were confronted by the owner ... who filmed the whole thing.

You Might Want to Rethink Weird News CELEBRITY JUSTICE ™ Exclusive