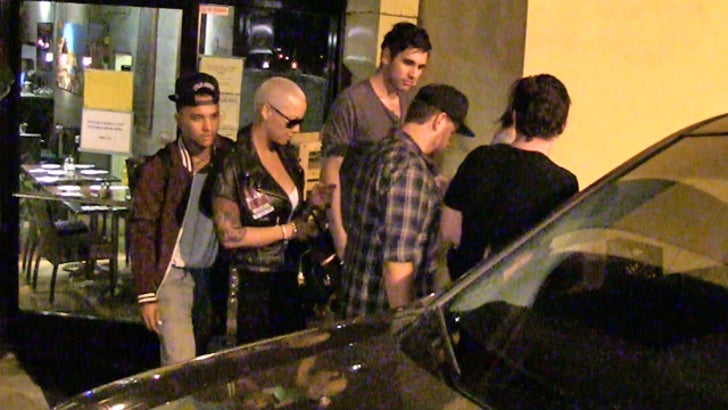 Amber Rose has not only abandoned Wiz Khalifa ... she's also jettisoned hip hop for rock and roll ... at least for a night.

Amber showed up at The Roxy in West Hollywood Thursday night ... where Slash was performing with Myles Kennedy & The Conspirators. And she was decked out in rock clothes for sure.

After the show, Rose hit up Bossa Nova for some late night eats ... and her crew included Nick Simmons, son of rocker Gene Simmons.

No time to mourn.