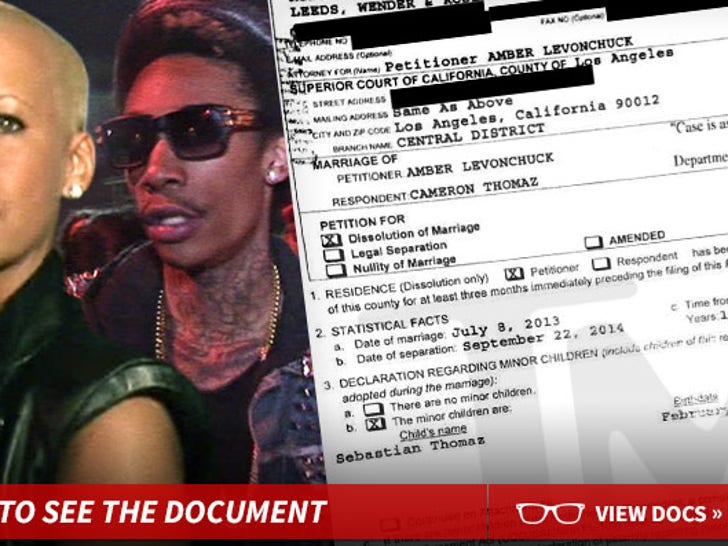 Amber Rose has filed for divorce from husband-of-1-year Wiz Khalifa ... and she's gunning for full custody of their kid ... TMZ has learned.

In the divorce docs -- obtained by TMZ -- Amber says they split on Monday and cites irreconcilable differences.

Amber is asking for full legal and physical custody of their 1-year-old son Sebastian. She's willing to give Wiz visitation.

And this is interesting. Amber acknowledges there's a prenup, which you would think would work in Wiz's favor, but she says it's valid ... presumably, she's not challenging it. The docs say the prenup provides spousal support.

As for why they split, there's been a buzz over the last few days of infidelity, but there's no mention of it in the papers.

We got video (below) of Amber with some guy Tuesday in Bev Hills. Our photog asks her if Wiz is keeping a close eye on Nick Cannon -- there are rumors they've hooked up, but she's mum.

Sources connected with the couple say the split is bitter. 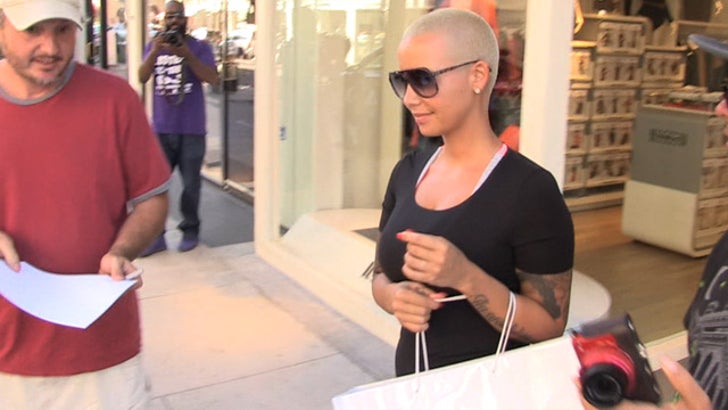 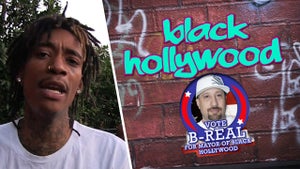