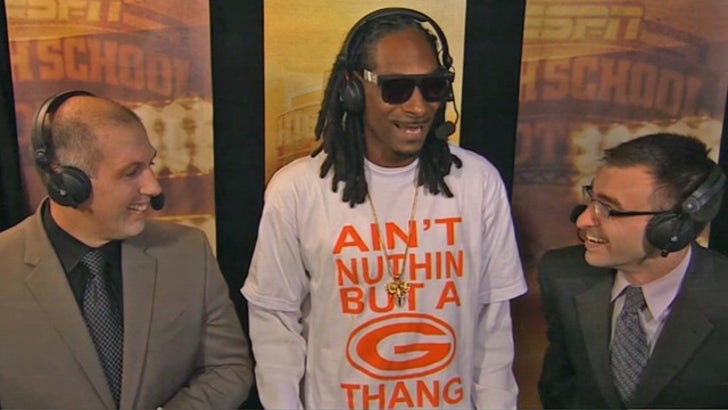 Snoop Dogg was a "proud papa" last night ... as his high school football superstar son helped his squad beat the #1 team in the county -- with Cordell making a few nice catches along the way.

As we've previously reported, Cordell is one of the best receivers in the country -- though he hasn't decided where he's gonna play college ball yet.

After the game, Snoop said he hopes C.B. picks USC ... but will ultimately support him wherever he goes.

Meantime, check out the highlights below ... and then listen to Snoop try to explain why he thinks he was BETTER than his superstar kid back when he was a pup. 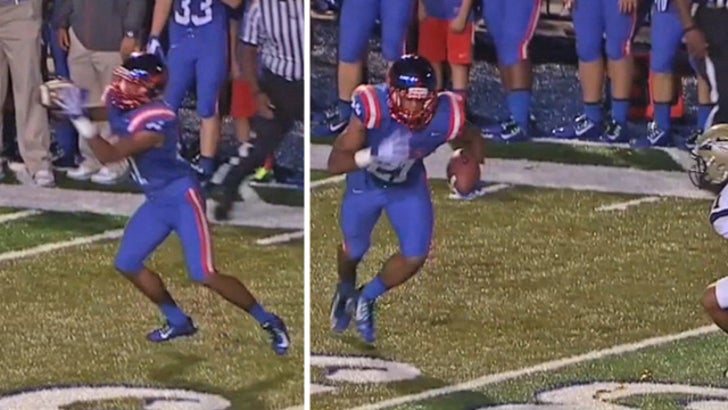