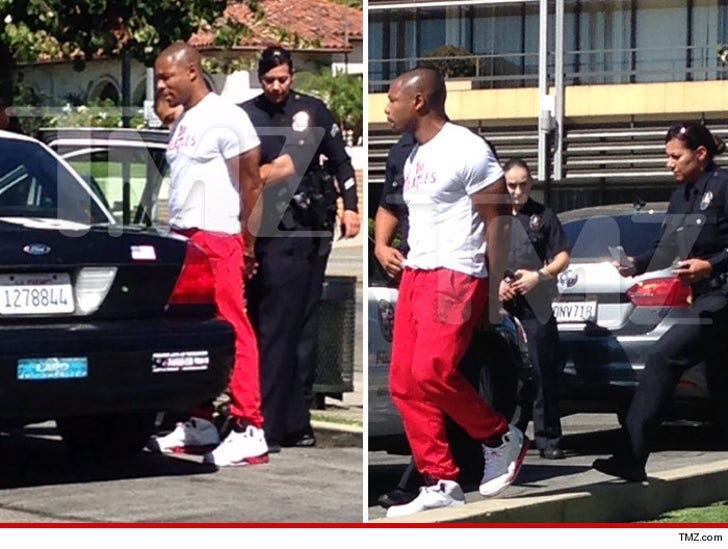 R&B singer Tank got busted using his phone while driving ... and ended up getting arrested for the way he dealt with the cops ... TMZ has learned.

Law enforcement sources tell us Tank was in the Van Nuys area of L.A. when officers spotted him behind the wheel, and on his phone -- a major no-no in Cali.

We're told things went south during the stop when officers asked Tank for his drivers license. He allegedly refused to hand it over ... so he was arrested and booked for failure to obey an officer.

He was released from jail ... and hopped a ride home with friends.