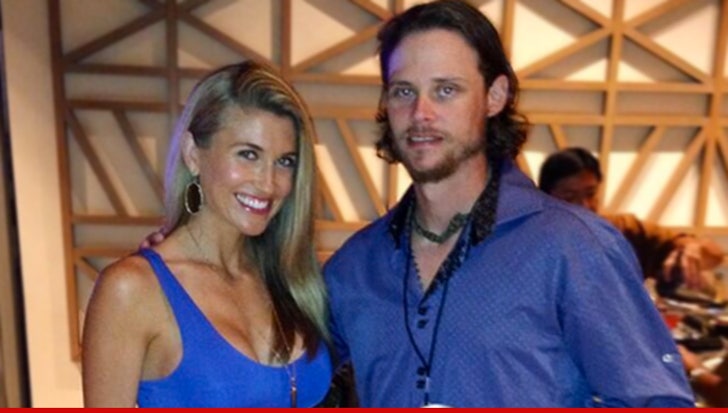 The wife of Boston Red Sox star Clay Buchholz says she's the latest victim in the nude photo hacking scandal -- and tells TMZ Sports the racy photos were ONLY meant to be seen by her husband.

We spoke with Lindsay Clubine -- a former "Deal or No Deal" briefcase model -- who tells us she was devastated when she found out someone had hacked into her husband's phone.

"This is a terrible crime," Clubine said ... "I have my attorneys removing the pictures. This is very upsetting to my family and I."

Clubine says she doesn't blame her husband at all for keeping the pics on his phone ... saying, "Clay and I are good. I send him pictures on the road."

However, Clubine says she IS upset that she's been wrongly identified in some of the more hardcore pics that were hacked from her husband's phone.

"There are pics on his phone that [a teammate] sent some of the guys that are NOT me."

When asked if she would be following Gabrielle Union's lead and contacting the FBI -- Clubine said, "We're taking all the necessary measures."