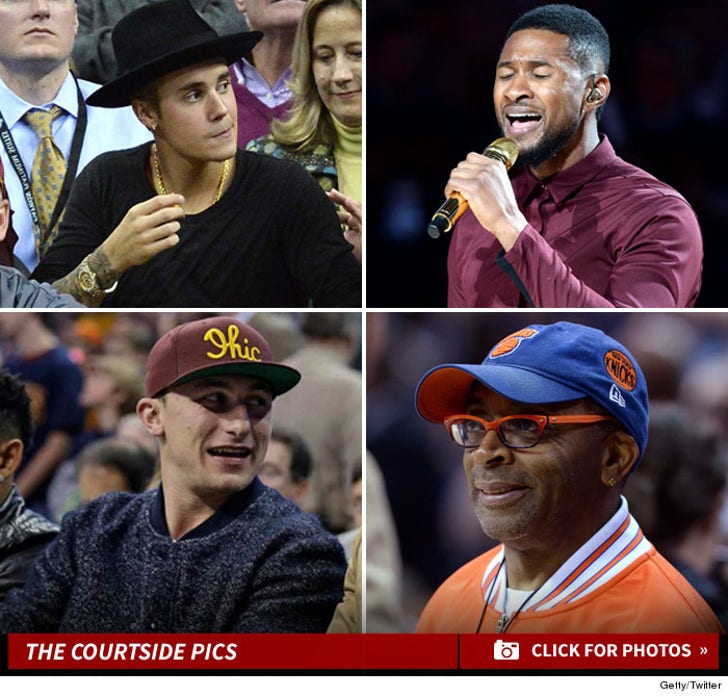 LeBron James was welcomed back to Cleveland last night by a huge band of celebs -- including Justin Bieber, Michael Strahan and even Johnny Manziel.

The Cavs lost in Bron's first game back with his hometown team -- but there was one guy in the stands who was happy about the upset ... Spike Lee ... notorious Knicks fan who traveled to Ohio to support his team.

It's almost as strong of a star-showing as the Knicks got in their home opener -- but the biggest celeb draw in the NBA is sill the Lakers ... at least for now.