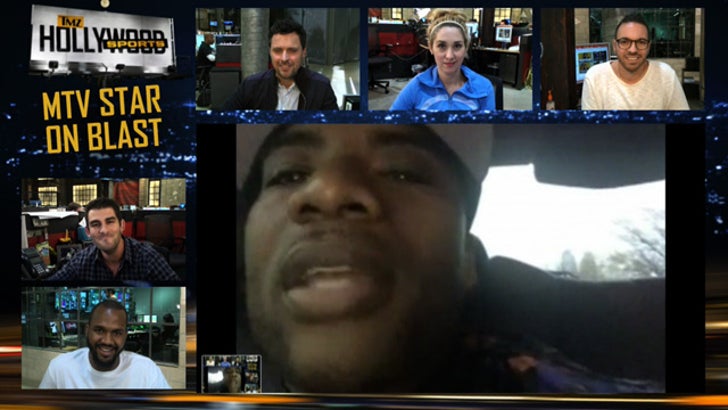 Charlamagne Tha God tells TMZ Sports he's heard the diss track that NY Knicks star Iman Shumpert aimed at him -- and he has one response ... STICK TO BASKETBALL.

We broke the story ... Iman dropped a single this week called "#HowToHate" in which he blasts Charlamagne as a two-faced smack-talker. Naturally, Charlamagne wasn't happy about it.

In fact, the MTV star/radio host appeared on "TMZ Hollywood Sports" and fired back ... calling Iman a "wack rapper" who should be locked out of all recording studios during basketball season.

If Iman was mad before ... he definitely won't take kindly to Charlamagne's brand of keeping it real.