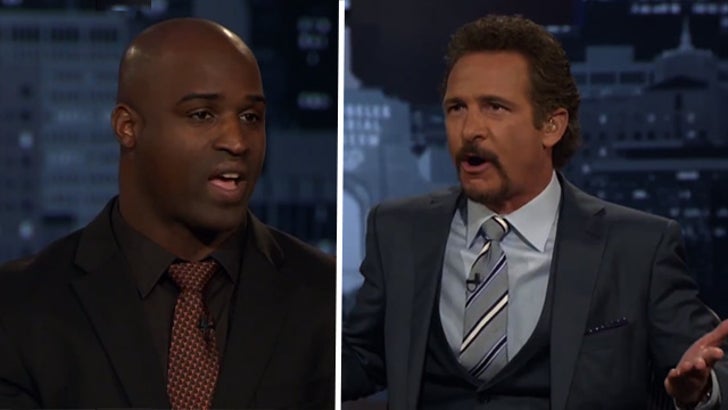 Ricky Williams says he doesn't believe Adrian Peterson did ANYTHING wrong when he beat his 3-year-old son with a switch ... saying it's just the way black people raise their kids.

The former NFL star appeared on "Jim Rome on Showtime" and explained why he thinks there's no way in hell a jury comprised entirely of black people would ever find Peterson guilty of a crime.

Check out the clip ... Ricky insists corporal punishment is the status quo in the African-American community ... and Rome pushes back pretty hard.

We reached out to Williams for comment -- but couldn't get in touch with the guy by publishing time.