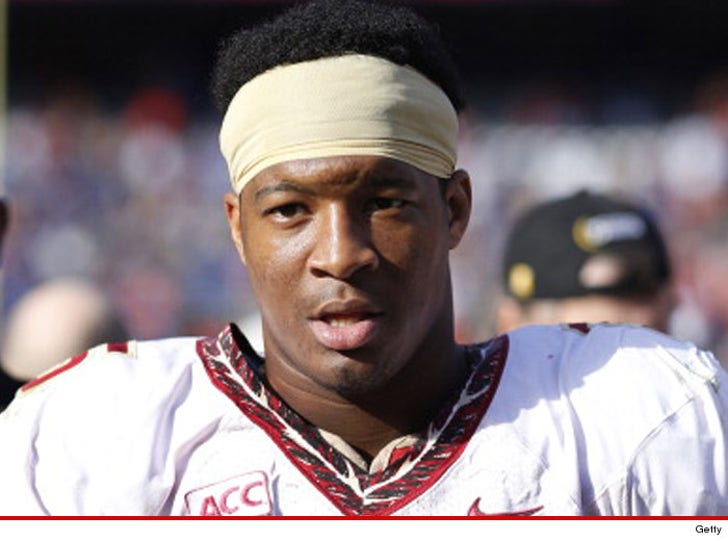 Winston has been involved in all sorts of off-the-field drama during his short career at Florida State ... from a rape investigation to crab leg theft to cussing on campus to alleged soda-jacking and more -- and we're told his reputation is scaring off the agencies.

One agent, who reps several Pro Bowl NFL stars, says ... "It's been a topic of conversation at the agency. Everyone around the table feels it's best to be hands off."

"Personally, I wouldn't touch him."

Another big agent, who also reps several NFL superstars, tells us he doesn't even want Jameis on the same teams as his clients.

"I wouldn't want him playing with my guys -- too much of a distraction."

The agent continued, "He’s a great athlete but he has too much going on off the field. We don't want that kind of drama around here."

We also spoke with several sports management companies who shared similar sentiments -- and explained that top level agents and managers don't want to waste their valuable time on someone who seems like a headache.

However, as one industry insider put it ... "Someone will sign him because there's money to be made ... plain and simple."