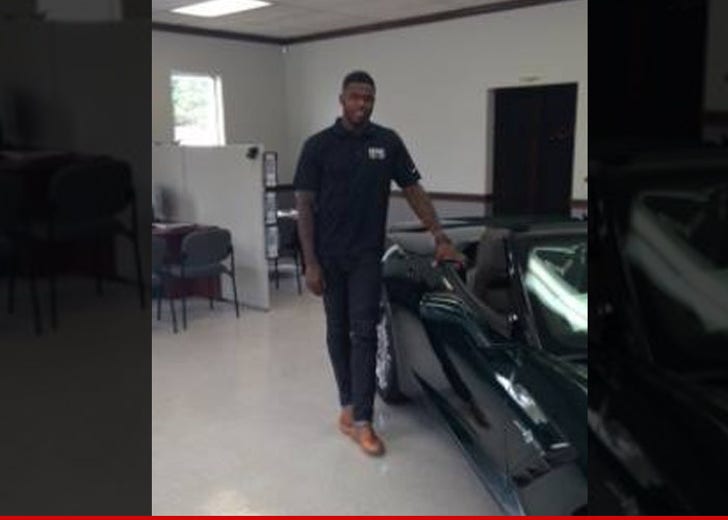 Josh Gordon's 10-week stint at an Ohio car dealership was NO JOKE ... the guy worked his ass off and was a big part in several car sales ... multiple employees tell TMZ Sports.

The Cleveland Browns wide receiver has been reinstated -- and is officially back with the team -- which means he will no longer be working with the sales team at Sarchione Auto Group in Ohio.

It seemed like the gig was a joke at first ... but we're told Gordon took the job seriously and treated the whole thing like a very serious apprenticeship.

"He was totally into it," one employee tells us ... "He was very patient with customers. He answered their questions. Josh knows a lot about cars."

We're told Josh often shadowed one of the owners -- spending most of his time at the Chevrolet dealership -- and showed real potential when it came to working in the car biz.

"He was working a full schedule. 8AM to 8PM Mondays and Thursdays ... 8AM to 6PM on Tuesdays, Wednesdays and Fridays. He also worked 8-3 on Saturdays."

We're told several of Gordon's teammates visited the WR on the lot -- unclear if any of them actually bought a car.

But get this ... Cleveland Cavs player Mike Miller leased a car from the dealership ... and we're told Gordon had a lot to do with the sale.

"You can tell he's looking at the business long term. He's a really nice kid."