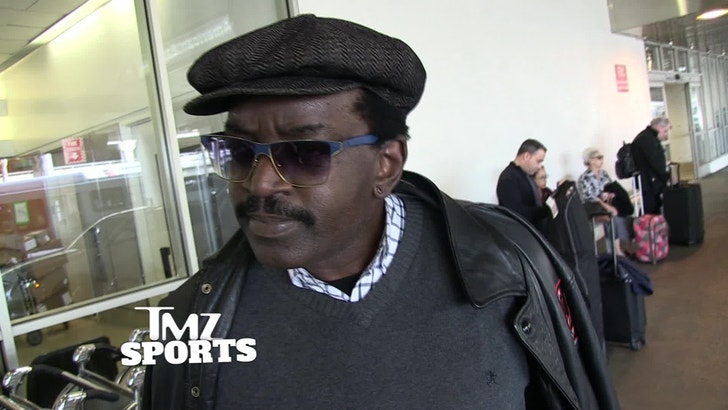 Rap legend Fab Five Freddy has a message for athletes trying to moonlight as MC's ... put the mic down and back away slowly.

We asked Freddy -- the first host of "Yo! MTV Raps" -- about the trend of athletes busting rhymes. Shaq and Kobe did it back in the day ... and, of course, guys like Iman Shumpert, Lance Stephenson, and LeBron James are doing it now.

Here's the thing about OGs like Freddy -- they rarely mince words ... so you gotta see him explain why most of these guys are in for a "rude awakening."

Silver lining for Lakers fans ... Freddy actually thinks Kobe has skills on the mic. So, he's the one.