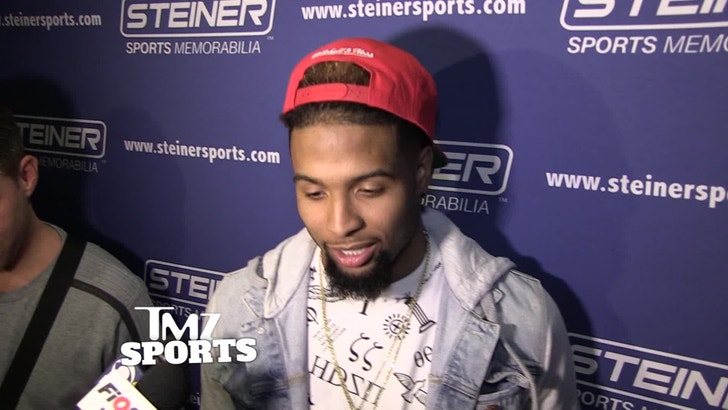 OBJ was at Steiner Sports in NYC last night when revealed that LeBron is his all-time favorite athlete ... and when King James tweeted about the catch on Sunday, it blew his mind.

Imagine your hero writing that about you. Pretty cool, right?!

Still, Odell is modest about the 3-fingered catch, saying the greatest snag ever made still belongs to ANOTHER NY Giants wide receiver.