Jonathan Bennett's "Dancing With the Stars" appearance almost never happened ... because he suffered a humongous fall as he jokingly tried to prep for the show ... and it was all caught on tape.

So here's the deal ... the "Mean Girls" star shot this video a few months back, but kept it hidden until "DWTS" finished its run (congrats, Alfonso).

In the video, he and a few friends attempt an "interpretive dance" ... but Bennett tried a move on the railing of a staircase that ended ... well, you gotta see it. He ended up with 2 broken ribs and his arm in a sling for 2 months.

The best part -- they were dancing to "Wind Beneath My Wings."

Seeing as he was the one who allowed the video to be posted ... Bennett's ego escaped unscathed. 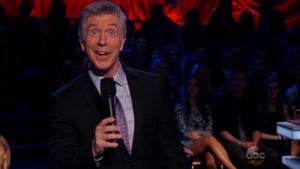 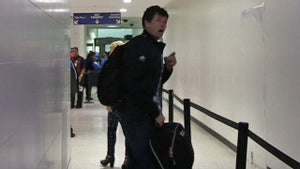 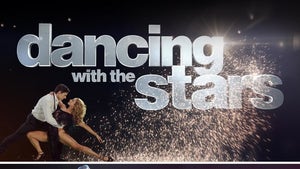 'Dancing With the Stars' -- Threatens Dance Pros ... Don't Tango With the Competition

Jonathan Bennett You Might Want to Rethink Humor Movies Nurse! Dancing with the Stars