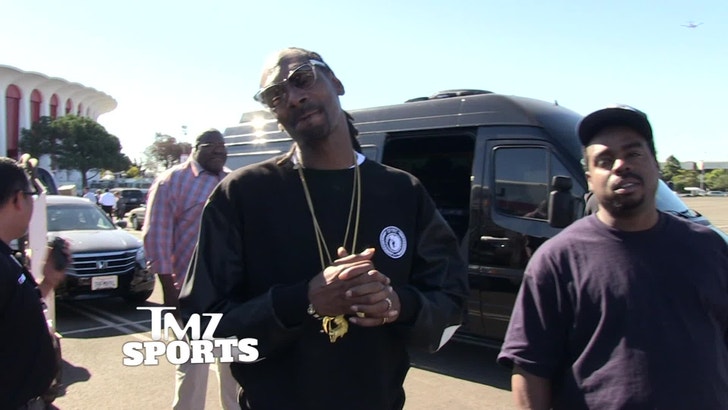 Snoop tells TMZ Sports ... his high school superstar son has NOT decided on where he's gonna play his college football ... but USC hurt its chances after the way the Trojans played against UCLA.

"He'll make his decision ... but like I'll say, that loss right there gon' hurt. Because nobody wanna go to no school that can't beat their rivals."

Snoop's son Cordell Broadus is one of the best wide receivers in the country -- and has reportedly been recruited by some huge programs ... including Notre Dame, LSU and Arizona State.