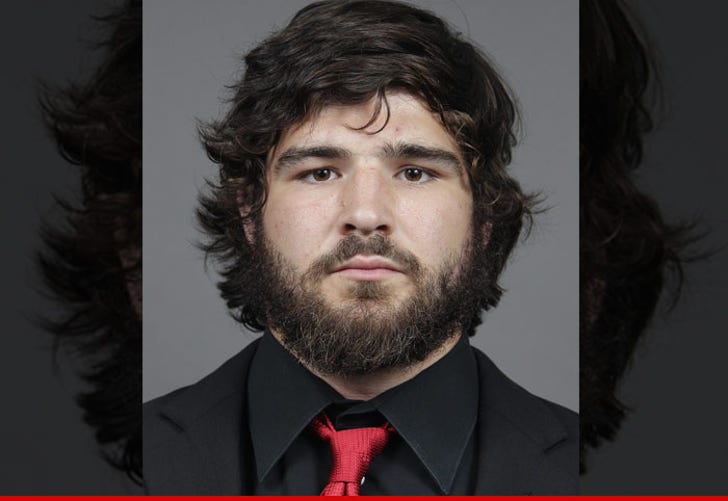 The Ohio State University wrestling team has decided to pay tribute to former teammate Kosta Karageorge by putting his initials on their singlets next season ... TMZ Sports has learned.

Karageorge's body was found near the OSU campus on Sunday -- and officials says it appears he died from a self-inflicted gunshot wound. The 22-year-old wrestler and football player had a history of concussions.

We spoke with Ohio State University wrestler Josh Fox who tells us Kosta was beloved by his teammates -- which is why they've decided to put "KK" on their singlets to honor him next season.

"He was the kind of guy that if you were in a brawl, he would be the last one standing because he refused to quit or give up," Fox says.

Karageorge will be laid to rest tomorrow at a funeral ceremony in Ohio.