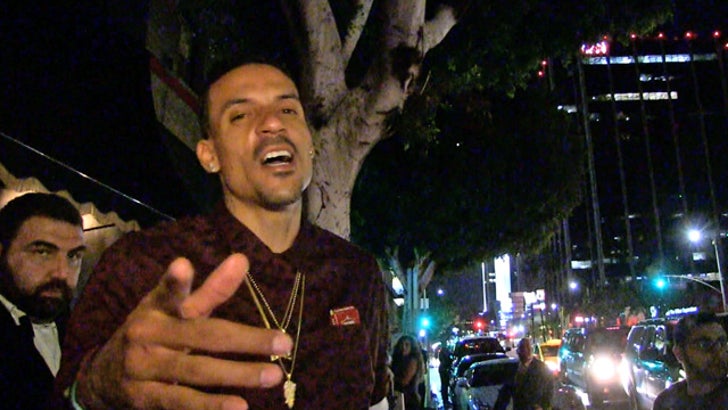 Clippers star Matt Barnes says he LOVES the video of the overzealous 1-legged Nets fan who had be carried out of a recent game -- telling TMZ Sports he wants to buy him tickets the next time the Clips play!

The video went viral ... showing a very intense Nets fan being removed from Madison Square Garden during Tuesday night's match-up with the Knicks ... after reportedly screaming and yelling like a maniac while waving his prosthetic leg in the air during the game.

The fan was BANNED from MSG -- but last night in L.A., Barnes told us he LOVED the guy's passion -- and says he wants the guy to be a part of Clipper Nation.

"When we come to New York, I want him to be my guest to the next game," Barnes said ... "Next time we come out there I'm gonna buy him tickets."

He adds, "Come to the West Coast!"