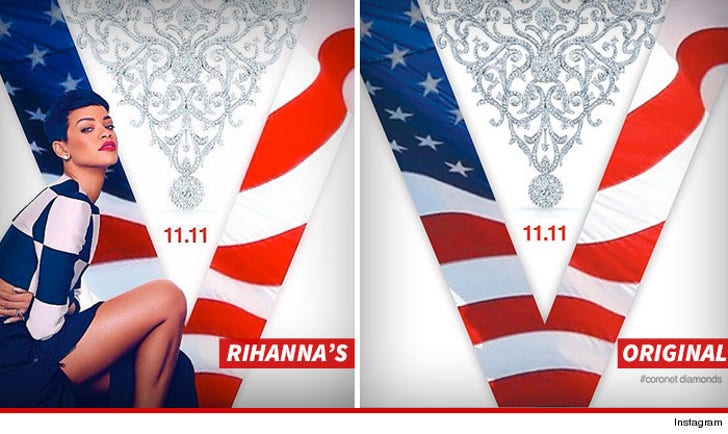 Rihanna's patriotic gesture to U.S. troops has backfired over the picture she used to make her point ... and now the company that owns the pic has a novel way she can make good.

Coronet Diamonds created the image and posted it on its website November 11 -- Veteran's Day. Apparently the famous Barbadian liked it so much ... she posted it on her Instagram, and Twitter, but she kind of deceived her followers by Photoshopping herself into the image and then removing the jewelry company's hashtag.

So we found out Coronet has sent Rihanna a cease and desist letter. They'll settle for an apology on Rihanna's social media platforms ... an apology that makes it clear Coronet created the image.

Now let's talk about what Coronet really wants. It wants some free advertising ... which they will get in a big way with Rihanna's 142 MILLION followers.

Coronet is smart. The end. 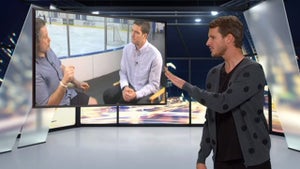 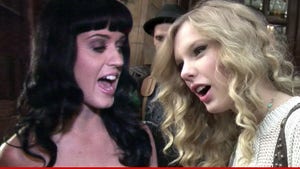