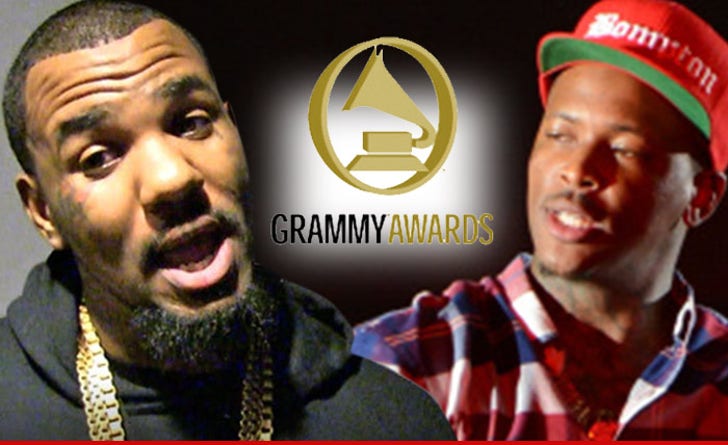 The Game and YG think the Grammys are rigged ... because gangster rappers are getting screwed over.

Game tells TMZ ... people at the Grammys "don't respect our culture or our music. Unless we cross over, we ain't winning s**t."

YG is incredulous ... his album, "My Krazy Life," debuted at #1 on Billboard yet he didn't get a single nomination. He told Big Boy Tuesday his music was way better than most, but he wouldn't be specific.

The irony ... both YG and Game think the Grammys shut out any rapper who is not mainstream, which is ironic given that YG sold more albums than just about anyone in the rap category in 2014.

Game's parting shot ... "We can’t even get police convicted of coldblooded murder, so we definitely ain't winning no f**king Grammy." 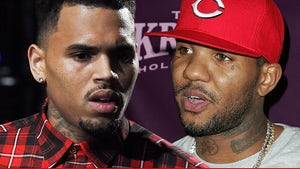 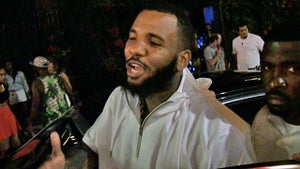 The Game -- Claims Beef with 'Racist' Hollywood Club is Settled