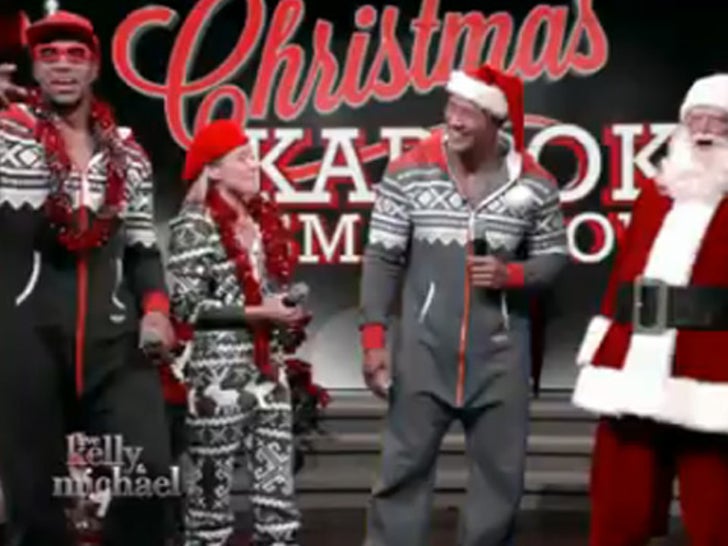 The Rock hit up "Live with Kelly & Michael" this morning and challenged the morning show hosts to a Christmas karaoke showdown.

Michael and Kelly took on "Christmas in Hollis" by Run-D.M.C.

The Rock did "Here Comes Santa Claus" ... the Elvis version ... with a little help from a special guest.

It wasn't just pride on the line -- the competitors were battling it out for an actual trophy.