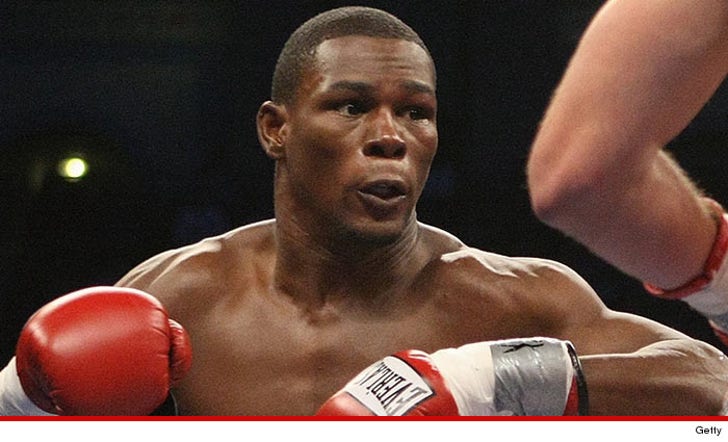 More drama for boxer Jermain Taylor ... this time, the IBF Middleweight champ has been accused of throwing a BRICK at a woman near his home in Arkansas.

According to the Pulaski County Sheriff's Dept., a 30-year-old woman claims Taylor launched a brick through her car window ... and she was bleeding.

Cops say Taylor ADMITTED to launching the brick, but claims he only did it because the woman was driving right at him.

Here's the shocking part, neither Taylor nor the woman were arrested ... even though cops say the woman had cuts to her elbow and damage to her vehicle.

It's just the latest legal problem for Taylor -- who's set to go on trial in June for allegedly shooting his cousin.