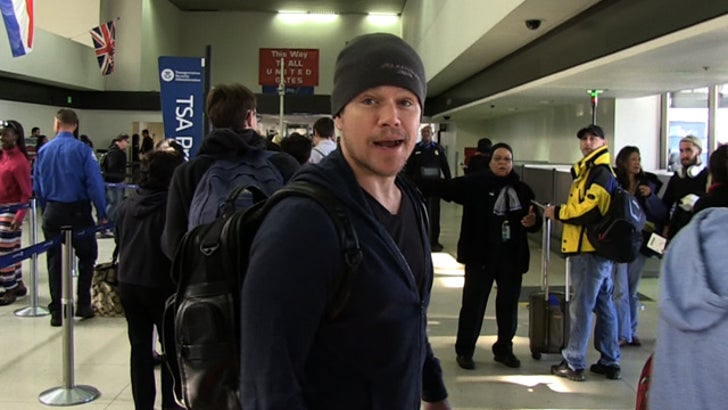 New England Patriots superfan Matt Damon just told us he fully expects his squad to dominate the Ravens next week (and everyone else in Tom Brady's path) ... on their way to ANOTHER Super Bowl title this year.

"I think there's a lot of good competition there," Damon said at LAX this weekend ... "but I'm a big believer in the Patriots."

"Patriots are going all the way."

Damon said the same thing when the Ravens took on the Pats in the NFL Playoffs back in 2013 ... only to come up with some thin excuses after Baltimore pulled off the upset. 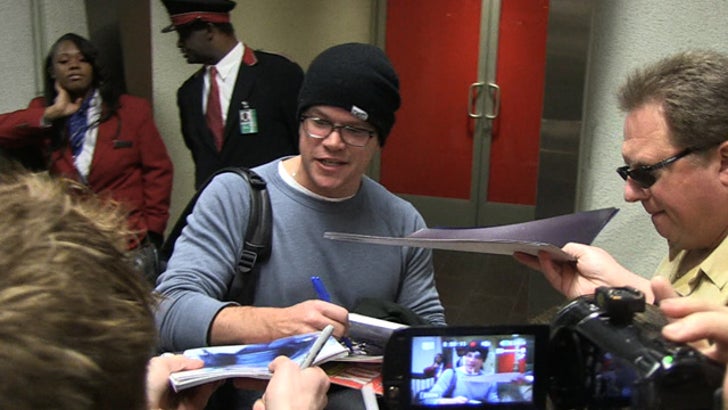