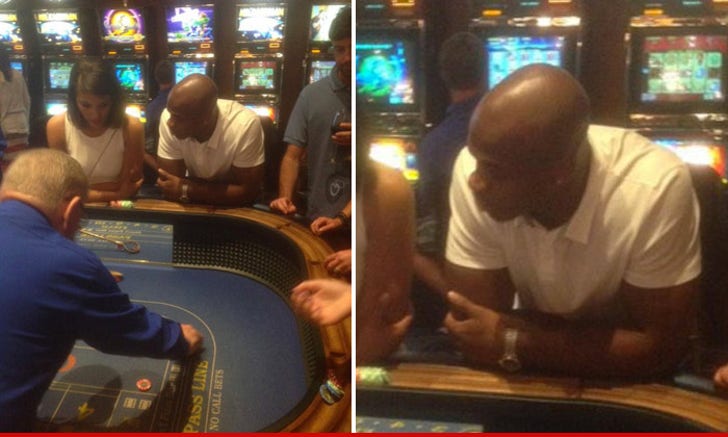 Adrian Peterson was spotted at a craps table at the El San Juan Casino in Puerto Rico last week ... gamblin' alongside his wife Ashley Brown.

Of course, it's not like AP had practice or anything ... since he's still suspended from the NFL and the Vikings didn't make the playoffs.

According to people at the casino, AP was friendly with fans ... and even shook a few hands when he wasn't bellied up to the table.

No word on how much $$$ Peterson won or lost ... but it's not like he doesn't have the cash -- he still made nearly $12 million this season despite the suspension.