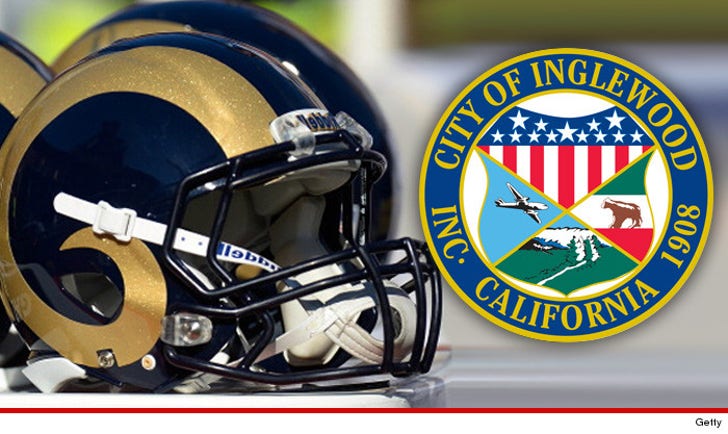 Residents in Inglewood, CA are prepping for a REAL ESTATE BOOM if the owner of the L.A. Rams gets approval to build a new 80,000 seat stadium ... TMZ Sports has learned.

We know at least two homeowners association groups are holding meetings with residents this week with one clear message -- don't sell your homes!!!

As one resident tells us ... "They told us that with the Rams coming over to Hollywood Park, our property values will definitely go up."

Of course, the Rams-to-L.A. move is not a done deal yet (it will still need voter approval) ... but owner Stan Kroenke has announced plans to build a new stadium in Inglewood -- and he seems dead set on moving the team over ASAP.

The Mayor of Inglewood is fired up about the potential move as well ... earlier this week he told residents a new stadium could revolutionize the city, which has struggled with a less-than-stellar reputation over the years.

"The proposal [to build the stadium] if approved is another step along the way to potentially moving Inglewood from a City on the rise to a top tier metropolis," Mayor James T. Butts said.

This could be the perfect storm for Inglewood ... in addition to the NFL possibility, Google is moving in to a massive 12 acre compound just a few miles away which will further fuel prices in the Inglewood housing market.