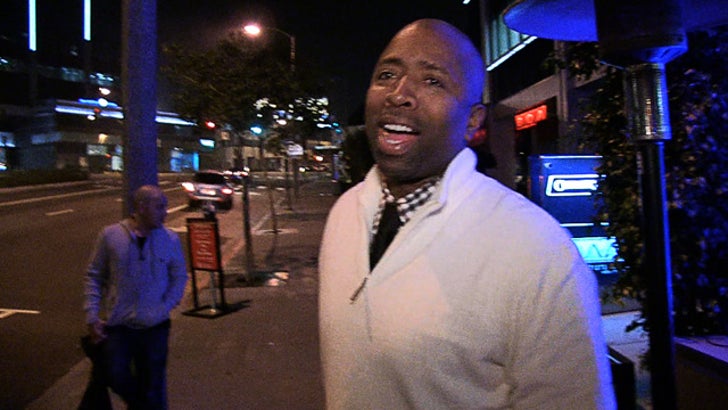 Payback's a bitch ... so says Kenny "The Jet" Smith who says he's constantly looking over his shoulder -- waiting for Shaq to try to get his revenge for that infamous Christmas tree shoving.

You remember the incident ... Smith tossed Shaq into a tree on the set of "Inside the NBA" ... leaving the Big Fella flat on his ass covered in broken branches.

"I thought it would be funny ... but I didn't know it was gonna be THAT funny," Smith said.

As for Shaq's revenge, Kenny says he knows it's coming -- it's just a matter of time.