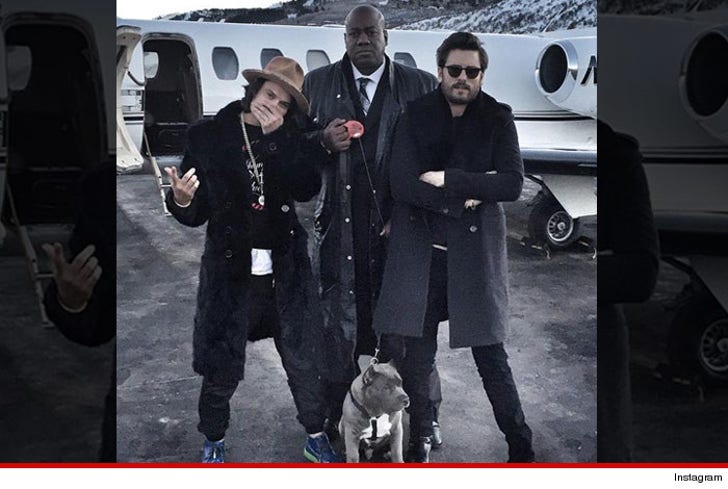 Sources at Hotel Jerome tell TMZ ... the first night Scott and his crew -- which included famed artist Alec Monopoly -- went out on the town, and when they came back one of his buds jumped over a counter at the bar in the lobby and stole a bottle -- which we think is Johnny Walker Black Label -- which they took back to the room. The hotel didn't call the cops, but charged him $400.

But that was just the beginning of alcohol consumption. Scott and posse then ordered $840 worth of booze. The next night they ordered $600 in booze up to the room.

Management sent staffers up to the room during the weekend because other guests complained about the smell of weed.

When Scott left, the hotel staff found the room littered with bottles and cigarette butts. It was a no-smoking room so the hotel added $500 to the bill.

Scott's sobriety has been an ongoing issue. His girlfriend threw him out of the house last summer for partying and it's become a serious issue in their relationship. 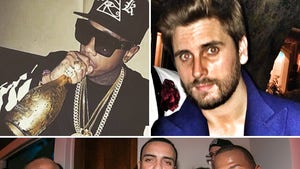 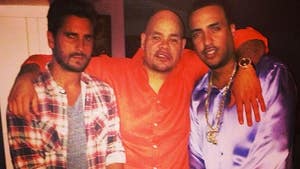 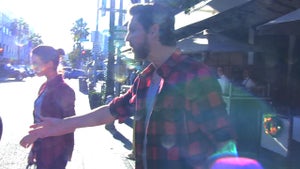 Scott Disick -- Snaps at Pap ... Is There Trouble at Home?