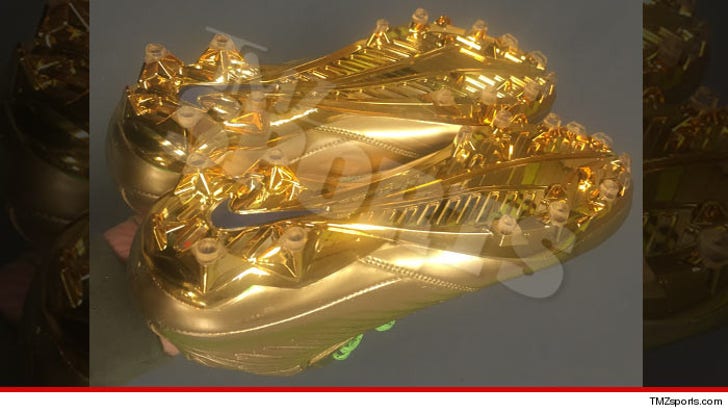 The NFL essentially pulled the plug on Marshawn Lynch's plan to wear 24k gold cleats during today's NFC championship game ... threatening to EJECT the running back if he sported them on the field.

We broke the story ... Lynch had hooked up with famous cleat artist SolesBySir and ordered up a pair of the flashy cleats which are worth around $1,100.

But according to Jay Glazer, the league didn't approve -- and told Lynch that he wouldn't be allowed to play since the cleats didn't conform to the NFL's uniform code.

Ultimately, Lynch backed down (he essentially had no choice) and threw on league-approved pair of shoes instead.