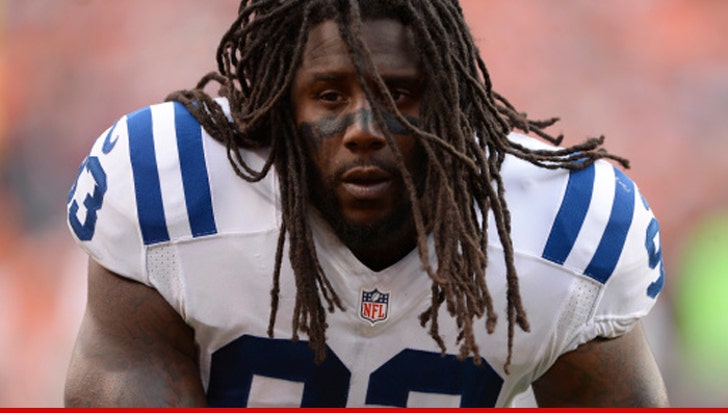 Under-inflated footballs had NOTHING to do with the outcome of the Pats vs. Colts game ... so says Indy linebacker Erik Walden who tells TMZ Sports they got outplayed ... period.

"I don't think it made any difference," Walden says of the flatter pigskins ... "They whooped us. We got our asses whooped."

"It doesn't matter what was wrong with the balls ... they beat us by such a large margin."

Walden also says he doesn't think it's worth the NFL's time to punish the Pats -- saying, "You just got to give them credit for how they played."

"Hats off to [The Patriots]. They were the better team."

But when it comes to the Super Bowl, Walden joked ... "Just know I'm rooting for Seattle."