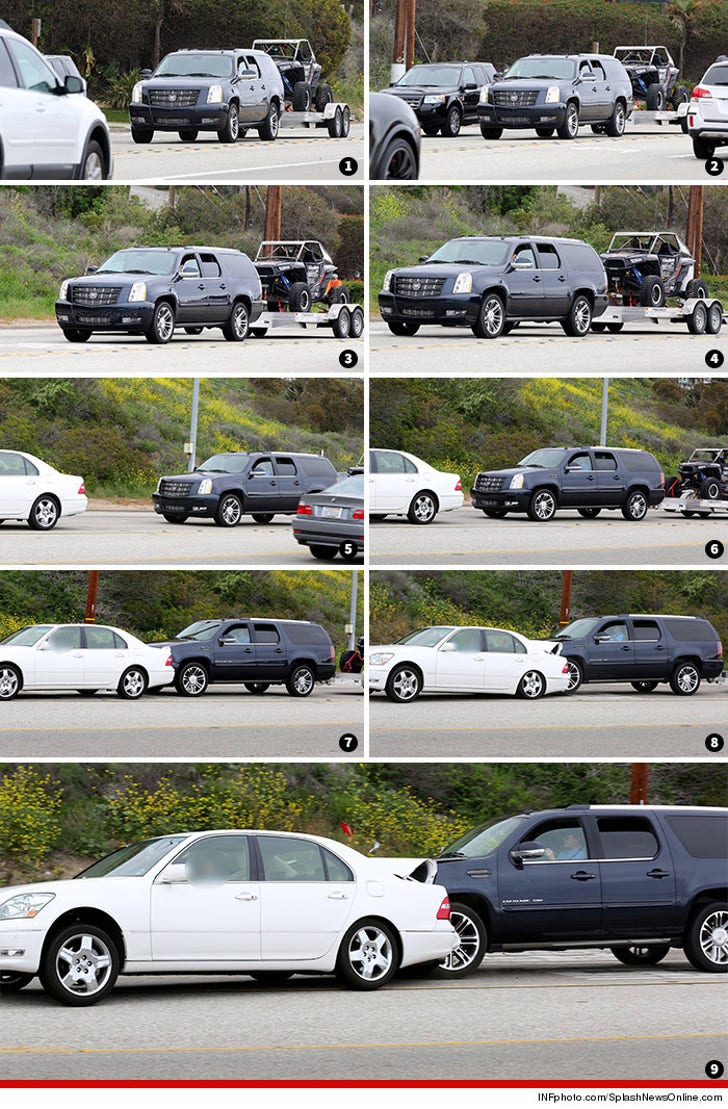 The photographs taken immediately before and during the Bruce Jenner accident have triggered a new theory ... that the Lexus may not have hit the Prius in front of her, and that he may have struck both cars.

We have 9 photos taken by an independent photog -- not TMZ.

The key to the sequence is determining if the Lexus Bruce struck had first hit the Prius in front of her. If the Lexus driver was following too closely and struck the Prius first, Bruce would just be part of the chain reaction and prosecution would be unlikely.

Check out the pics closely

1. Bruce is cruising up Pacific Coast Highway. Cops believe he was within the 50 MPH speed limit.

3. The telephone pole is behind Bruce's trailer.

4. The car continues moving, and you see Bruce holding a cigarette, seemingly unaware traffic in front of him is either moving very slowly or stopped completely.

5. The Lexus comes into view. Law enforcement tells us they believe at around this time Bruce sees he's going too fast and slams on his brakes.

6. Bruce closes in on the Lexus, which is traveling in a straight line.

7. Bruce hits the Lexus. Upon impact you see the Lexus veer left. Cops say that's because Bruce veered right and struck the Lexus on the right, causing it to ricochet to the left.

8. You see the movement of the Lexus. You see just about half of the front of the car. Cops say because the car was in a straight line before Bruce hit it, if the Lexus had first hit the Prius there would have been roughly the same damage on the right and left front. But there's no evidence of damage.

9. The Lexus continues to veer left into oncoming traffic, where it was struck by the Hummer, killing the Lexus driver. 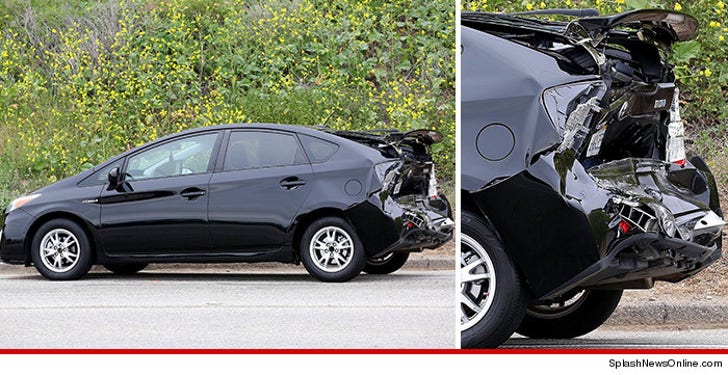 Law enforcement sources say one of the operating theories is that the Prius was stopped behind cars for the light which had turned green and traffic started moving slowly when Bruce hit the Lexus. When the Lexus cleared his lane the momentum kept his car going forward, crashing into the Prius.

There are witnesses who claim the Lexus struck the Prius first and witnesses vary in terms of how many collisions they heard.

The lawyer for the Prius driver tells TMZ ... there's an imprint of Bruce's license plate in the Prius. The problem with that claim -- check out Bruce's SUV before the crash ... NO FRONT LICENSE PLATE.

The cars are all in the Sheriff's Dept. impound lot.

If Bruce is the only one who struck both the Lexus and then the Prius, it would make prosecution for vehicular manslaughter more likely, if authorities determined he was following too closely.

6:15 AM PT -- The lawyer for the Prius driver just contacted us again, and now says the emblem on Bruce's SUV -- not the phantom license plate -- is imprinted in the back of the Prius. 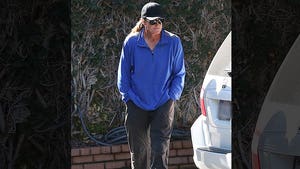 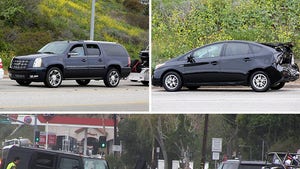 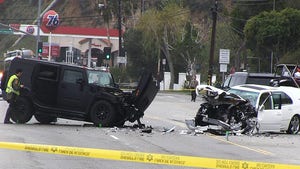