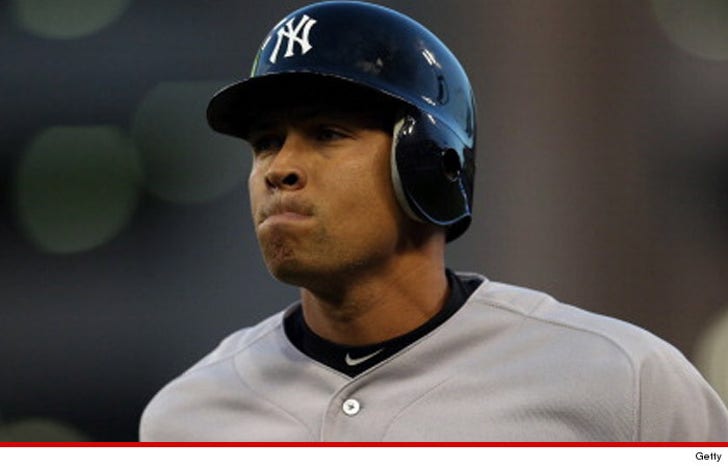 Alex Rodriguez is begging for Yankees fans to forgive him ... again ... penning a handwritten apology in which he "take[s] full responsibility" for pumping himself full of performance-enhancing drugs.

In the letter, addressed "To the Fans" ... A-Rod says, "I take full responsibility for the mistakes that led to my suspension for the 2014 season." 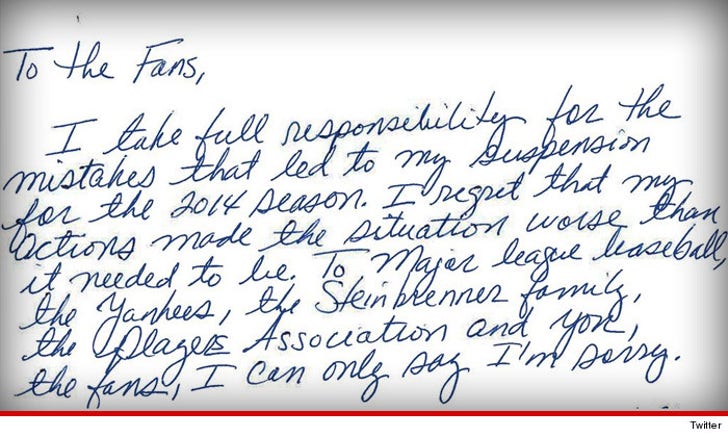 "I regret that my actions made the situation worse than it needed to be. To Major league baseball, the Yankees, the Steinbrenner family, the Players Association, and you, the fans, I can only say I'm sorry."

He adds, "I accept that many of you will not believe my apology or anything that I say at this point. I understand why and that's on me."

"I'm ready to put this chapter behind me and play some ball."

Then in 2013, MLB investigated Rodriguez again ... and found he was using PEDs. He was ultimately suspended for the entire 2014 season. 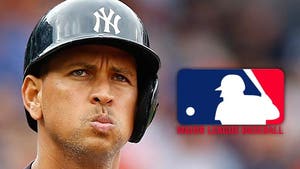 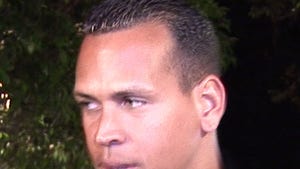 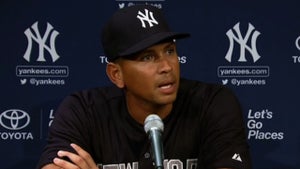