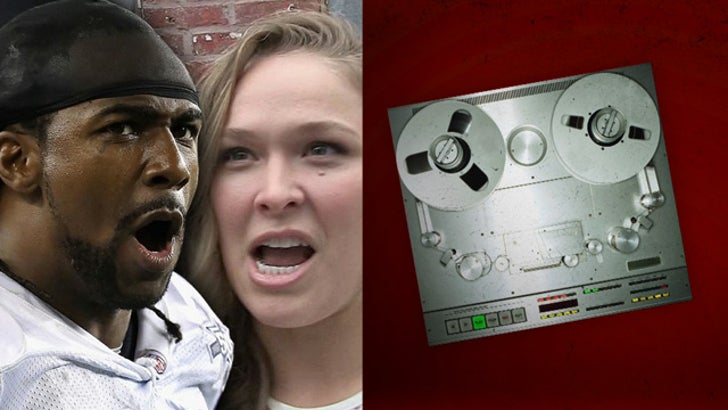 A former NFL player says he's found the ONE person who could beat Ronda Rousey in an MMA fight -- himself -- saying if the two got in the octagon, Rousey wouldn't stand a chance!!!

The man talking the smack is Jesse Holley -- who played WR for the Dallas Cowboys after winning a tryout with the team on Michael Irvin's 2009 reality show "4th and Long."

Holley -- who's 6'3", 215 pounds -- was on 105.3 The Fan in Dallas this morning ... when the gang began questioning if ANYONE will ever defeat the greatest female fighter in UFC history.

That's when Holley suggested ... himself.