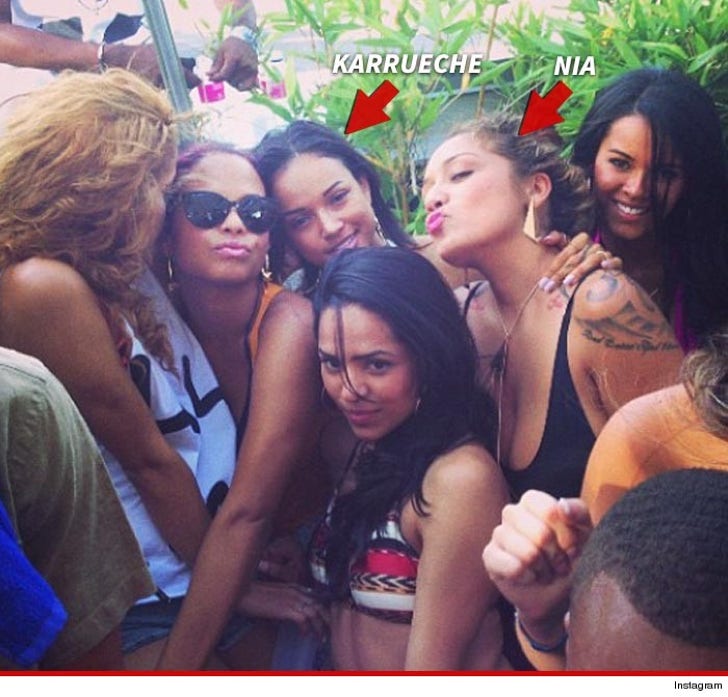 Chris Brown had his cake and banged it too -- because months before he knocked up his baby mama ... he was partying with her AND Karrueche Tran at the same time.

Karrueche, who was Chris' gf at the time, actually had her arm around Nia in a photo they took -- with Christina Milian too -- during a Las Vegas party back in May 2013. Chris was also there. 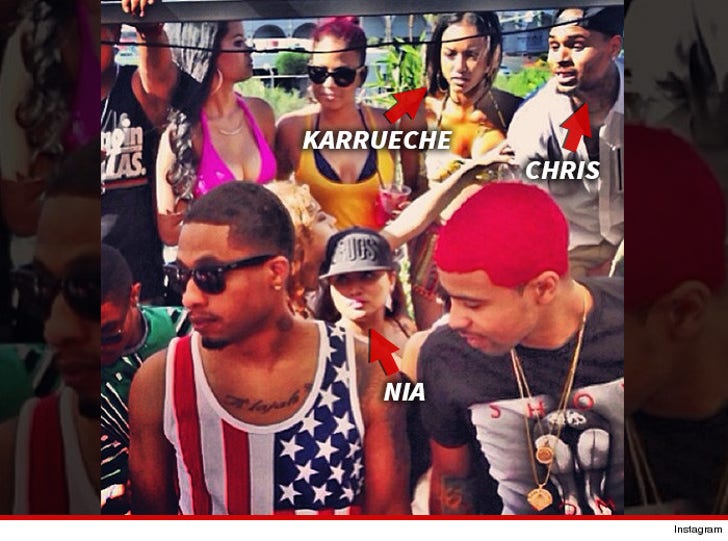 Nia got pregnant with Chris' baby later that summer. We're guessing the ladies won't be having a reunion anytime soon.

We've also learned Nia was very popular on the video vixen scene ... appearing in several music videos, including a half-naked role in Phill Wade's "Dreams of You" video.