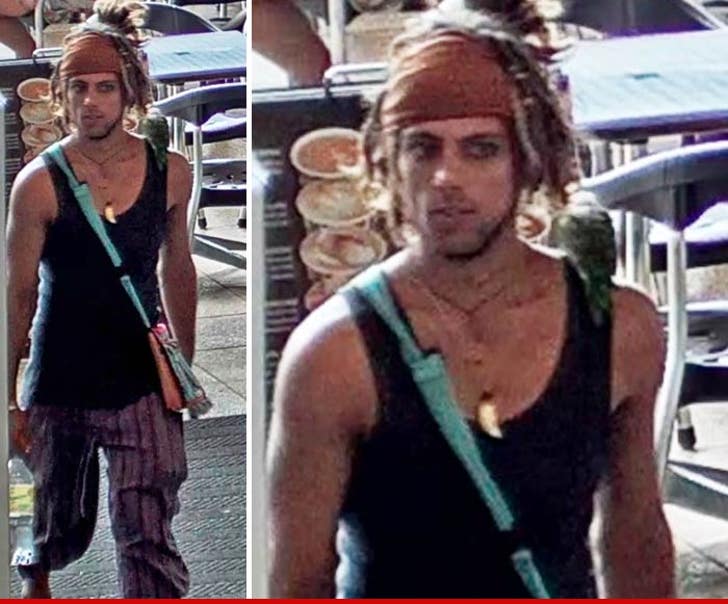 APB Australia -- be on the lookout for a pirate with a knife and a grudge and a parrot.

The pirate in question apparently is interested in breaking into showbiz, because he snuck on the set of the new "Pirates of the Caribbean" movie and allegedly pulled a knife on security.

The pirate sure looked authentic ... down to a parrot on his shoulder. He fled into the bushland before cops arrived.

The pirate somehow made his way to a Kmart. There's surveillance video of him hiding in one of the changing rooms while cops were trying to hunt him down.

The pirate and the bird are still on the loose.