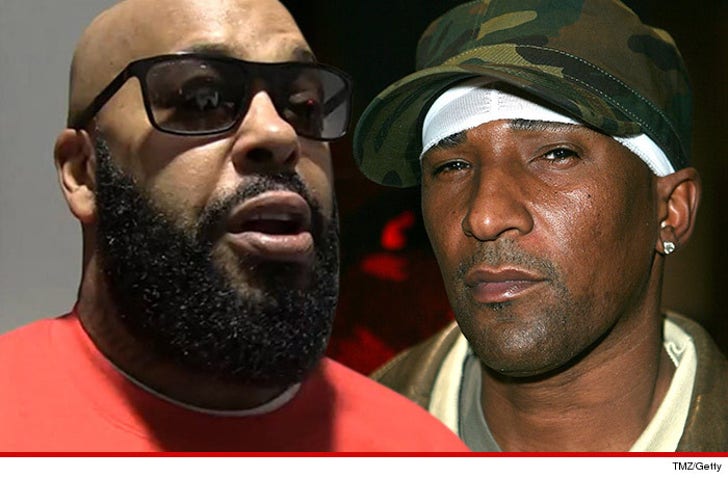 Suge Knight is lying when he says one of the people he mowed down was armed and dangerous ... this according to the guy who was hit.

The manager for Cle "Bone" Sloan tells TMZ, his client did not have a gun. The manager says Bone did not threaten Suge's life and there was no reason why Suge couldn't have just made a clean exit down the street rather than roaring back into the Tam's parking lot.

As for the video we posted -- showing an injured Bone handing something to a man who then tucked it in his waistband ... the manager says it was a walkie-talkie.

Here's what doesn't make sense. Why would a man laying on the pavement with multiple broken bones make the effort to hand off a walkie-talkie before authorities raced to the scene?

The cops are on Bone's side. They still insist the video shows there was NO gun. But our law enforcement sources refuse to explain why they're so sure Bone didn't hand off a weapon.