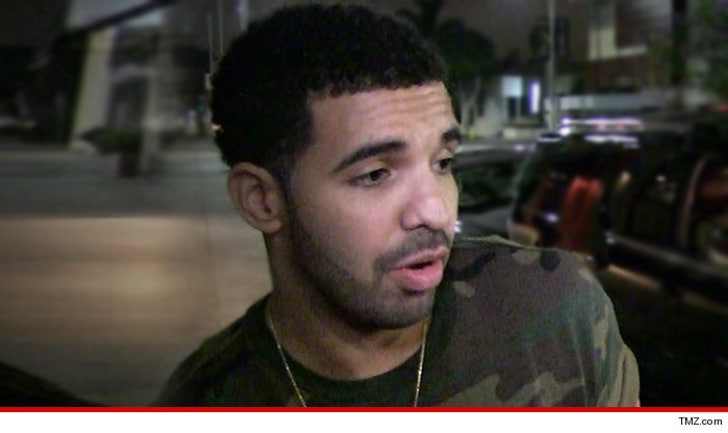 Drake may claim he has nothing to do with his concert film hitting theaters this week -- but there's a piece of paper with his Aubrey Graham all over it that proves otherwise ... TMZ has learned.

Sources connected with production of "Drake's Homecoming: The Lost Footage" ... tell us Drake signed off on producers shooting a 2009 concert. We've seen the contract which states he was paid $15k for the performance ... and if footage from the concert was used for any future projects -- like a movie -- Drake would get 15% of the profits.

So, you'd think Drizzy's all in ... but Monday morning he tweeted he has nothing to do with the film, and he wanted his fans to know that. Not exactly smart marketing when it hits theaters this Thursday. 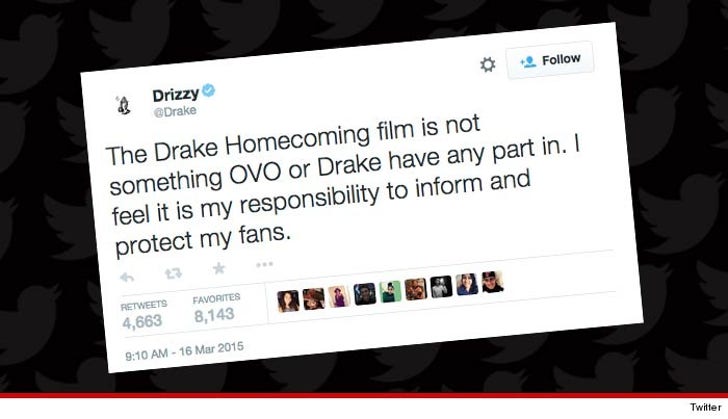 Even stranger -- the film is executive produced by two of Drake's biggest allies ... Rap-A-Lot Records honchos J. Prince and Jas Prince. So, why would he take a shot at their project?

A rep for Drake says he only puts "out music and video/film that is of the highest quality" ... and he just wanted fans to know he had nothing to do with actually producing this film.

Bottom line -- sounds like Drake got a screener, and ain't happy with the final cut ... even though he signed off on appearing in it.