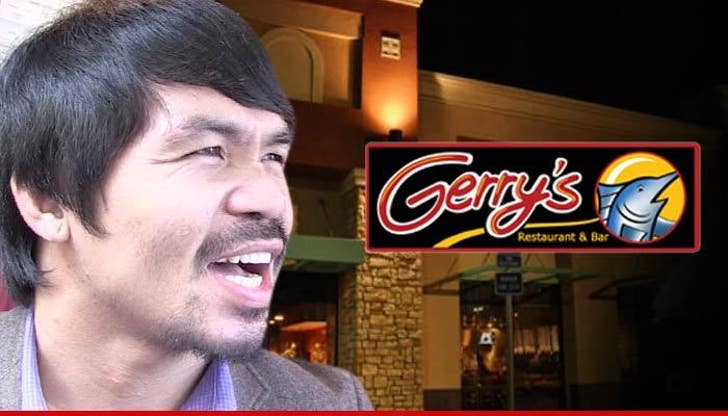 Manny Pacquiao is fighting for more than $100 million on May 2nd ... 'cause his family's favorite Filipino restaurant is promising Pac Man free food for LIFE ... if he whips Floyd's ass.

TMZ Sports spoke to Gerry's Grill in Artesia, Ca -- one of the Pacquiao family's favorite Filipino restaurants -- and they tell us if Manny wins they'll keep him rolling in Chicken Adobo until the day he dies.

The folks at Gerry's say Manny can "practically live" in the restaurant (eating as many meals as he likes per day with no menu restrictions) if he wins but there are a couples of catches:

One -- ONLY MANNY EATS FOR FREE ... a stipulation that the restaurant HAD to include because "Manny rolls 50 deep with family and friends at all times."

Two -- NO TAKE OUT ... because Manny's such a generous guy, they know he'll load up for said 50 -person entourage (a group they LOVE by the way).

Now all Manny has to do is beat an undefeated opponent with seemingly god-like skills in front of the entire world and he's set forever. 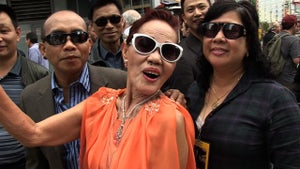 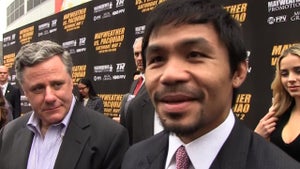 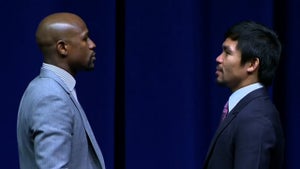