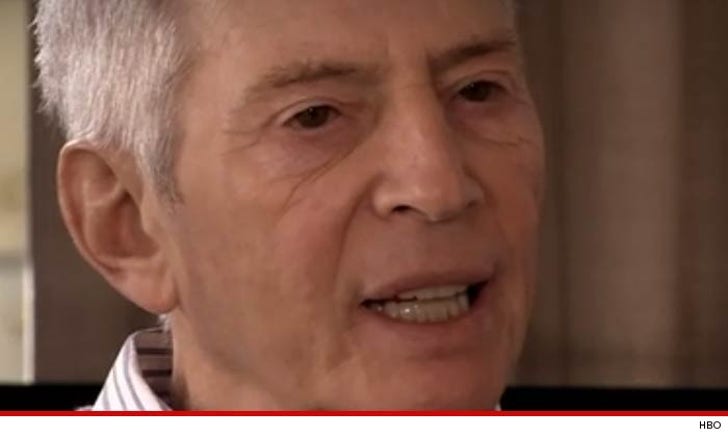 Robert Durst was apparently trying to change his identity with a latex rubber mask and a new name, and that's when authorities swooped in and arrested him ... TMZ has learned.

According to the search warrant, which we obtained, the mask -- which was recovered in the New Orleans hotel room where he was arrested -- covered his head and neck and served to completely alter the characteristics of his face. Cops also found a fake Texas ID with the name Everette Ward.

According to the warrant, Durst was using the mask and ID to flee the country. And get this ... also included in the docs, Durst had more than $42,000 in cash, but the money was in hundred dollar bills, parceled out in various small envelopes.

Authorities believe Durst wanted to use the envelopes to send money to the place where he was fleeing. Cops even found a UPS tracking number in the hotel, which Durst told them was so he could ship a large sum of cash.

The docs say Durst is worth $100 million and he was in the process of planning to ship a lot more than $42k. Authorities obtained bank records showing Durst withdrew $9k a day for 35 consecutive days ($315,000).

Authorities recovered the .38 Smith & Wesson revolver with one spent shell casing and 4 live rounds. It's unclear where the gun was fired.

And finally, police found 3 books in Durst's Houston apartment. Two copies of the same book titled: "A Deadly Secret: The Strange Disappearance of Kathie Durst" -- chronicling the murder of his wife, Kathie. He had 2 copies of the book ... one in paperback and one in hardback.